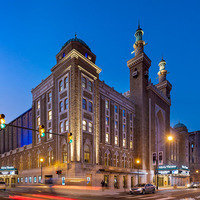 "This Theater, ranking high among the ten greatest in the United States, has been built and will be operated as ‘Richmond’s Own Theater.’" Source: Opening Night Program, October 28, 1927.

Following seven years of planning and two years of construction, the Mosque Theater opened on that Autumn evening more than 80 years ago with the farewell performance of opera legend Madame Ernestine Schumann-Heink.

The Mosque Theater was the 1918 brainchild of Clinton L. Williams, Potentate of the ACCA Temple, Nobles of the Mystic Shrine. Williams felt his fraternal organization had outgrown its meeting place, so he set out to build a venue that would outshine any other Shriner facility, and thus would create an entertainment palace for the City of Richmond. Designed by architects Marcellus Wright, Sr., Charles M. Robinson and Charles Custer Robinson, the original plans included a 4,600 seat theater, four lounges, six lobbies, 18 dressing rooms, 42 hotel rooms, a gymnasium, locker rooms, a pool, a three-lane bowling alley, offices and a restaurant called “The Mosque Grill”. The theater’s construction price tag was $1.65 million.

The City purchased the Mosque from the Shriners in 1940 and a 1994-95 renovation restored its splendor. One of the best known and most striking buildings in Richmond, the Altria also ranks among the City’s most popular stages for theatrical and musical performances. Some of America’s greatest entertainers have appeared on stage beneath its towering minarets and desert murals. Known for its excellent acoustics, the Altria now offers seating for 3,565. The Altria ballroom is also host of numerous gala affairs and the ballroom has a capacity of 1,000 and a seated capacity of 600.

Richmond’s Altria Theater is located to the west of downtown Richmond, across from historic Monroe Park. The City of Richmond owned theater is nestled in the middle of the campus of Virginia Commonwealth University and it now plays host to a variety of events including Broadway productions, The Richmond Forum, concerts, comedians, children’s theater, lectures, school commencements and fashion shows. 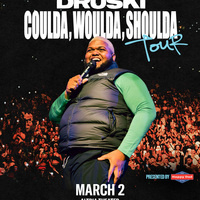 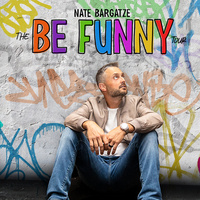 Stand-up comedian Nate Bargatze is coming to Altria Theater on May 14, 2023! In July 2020, the comedian teamed up with All Things Comedy to release his...

Pops: The Music of Danny Elfman from the Films...