As Gagarin rocketed into space, he remarked “poyekhali!,” a Russian word, meaning “let’s go!” Throughout Eastern Europe this informal phrase would become a popular reference to the beginning of the Space Age. Gagarin travelled once around the Earth before reentering the atmosphere and returning home, a trip that lasted around 108 minutes. This year marks the 60th anniversary of that historic journey. Join us for a LIVE virtual presentation to learn the remarkable story of the first Cosmonaut and his historic flight.

This digital Lunch Break Science is FREE to attend, but registration is required. Registration will be open until 10:30 am on the day of the event.

You will be sent a link and password to access the talk at 11 am on the day of the event.

Group & Artist
Science Museum of Virginia
Is this a digital event? 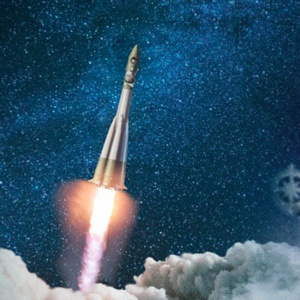