THE BARBER OF MOVILLE

THE BARBER OF MOVILLE

Molly and Dommo are finally ready to fulfill their plan to take a long-awaited trip. Dommo has a round trip ticket. Molly's ticket is one-way.

They're closing up their barbershop in Derry City, Ireland for a week so they can travel to Zurich, treat themselves to a fine hotel, a fancy meal, tickets to a production of The Barber of Seville, and then...

This darkly comic and enormously powerful play examines the depth of true love and poses difficult questions about end-of-life issues. 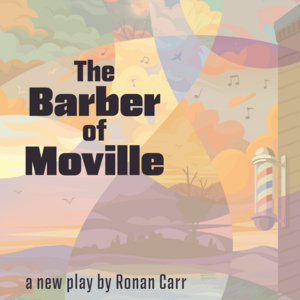