An Evening of Bluegrass – Featuring Josh Grigsby and County Line

Recognized as one of Virginia's fast rising new bluegrass bands, Josh Grigsby and County Line take the stage October 4th at The Cultural Arts Center at 7pm! Advance tickets are $17. Band members include Crystal Grigsby (vocals), Mark Mills (guitar, vocals), Mark Baker (resonator guitar), Robert Kidd (bass), ‘Judge’ Parker (banjo, vocals) and, of course, Josh Grigsby on guitar and lead vocals. The band was awarded the 2015 Bluegrass Band of Virginia Championship by the Virginia Folk Music Association. The VFMA is the only organization in Virginia sanctioned by the Governor of Virginia to hold Virginia Bluegrass, Gospel and Country Music ‘Championship Contests’ and to induct Virginia Artists into the VA Country Music Hall of Fame. In addition to winning the Band Championship, Josh Grigsby was voted first place Male Vocals and, Judge Parker was voted third place Male Vocals. The band was also the winner of the 2014 band competition at the Bluegrass by the Bay Festival in Gloucester, Virginia. We invite you to see this award-winning bluegrass band in concert. Plus, enjoy a full bar and dinner available for sale at the show from Apple Spice Junction. Tickets at 804-261-ARTS. 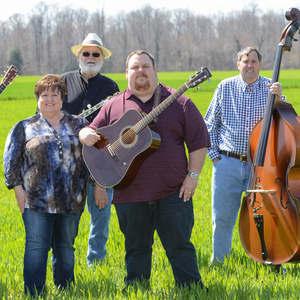