Join Department of Music faculty Ingrid Keller, piano, and Anne O'Byrne, soprano, for a virtual concert. The evening's program includes a range of works by Handel, Schumann, Strauss, Verdi, Debussy, and Gershwin, plus a few surprises. The presentation also includes a 20 minute pre-concert discussion with Keller and O'Byrne about their creative process during the pandemic and the evening's program.

Irish soprano Anne O’Byrne has worked with many leading conductors and producers, and has sung over twenty major roles - in Italy, France, Portugal, the United Kingdom, Ireland, Australia, and the United States — including Pamina in Mozart’s Die Zauberflöte; Gilda in Verdi’s Rigoletto; Mimi in Puccini’s La Bohème; Suzanna in Le Nozze di Figaro; and Leila in Bizet’s Les Pêcheurs de Perles. O'Byrne has performed for Virginia Opera, Richmond Symphony, and many East Coast choral societies. When President Barack Obama visited Richmond in 2017 Anne was invited to sing the National Anthem.

Hailed as having "graceful power … a revelation in musical excellence, and an unforgettable experience," Ingrid Keller has performed in North America in such distinguished venues as the Kennedy Center, Symphony Hall (Boston), the Banff Centre, Jordan Hall, and Tanglewood, as well as internationally. Recent collaborations have brought her on the stage with the Mark Morris Dance group, members of the Boston Symphony Orchestra, Cincinnati Symphony Orchestra, Oklahoma City Philharmonic, Dayton Philharmonic, and Richmond Symphony, as well as alongside such celebrated musicians as Yo-Yo Ma, Joe Burgstaller and Carol Vaness. Her most recent album, in collaboration with Jason Vest, Evening Hours, was released through Roven Records in 2018.

The recital will be available for on demand viewing for one month after the performance.

Group & Artist
Modlin Center for the Arts
Is this a digital event? 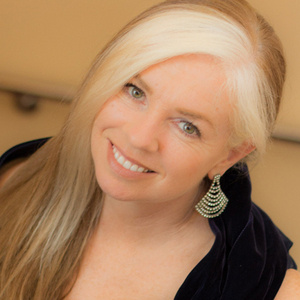