Winner of the 2000 Edgar Award for best mystery play, ART OF MURDER takes us to a remote estate in the countryside of Connecticut where Jack Brooks, one of the most accomplished and eccentric painters of his generation, awaits the imminent arrival of his art dealer. But the visit is not a standard one, for Jack feels wronged, and he is intending to kill the man. As Jack lays out his intentions for the evening, his wife, Annie, calmly paints. She is reluctant to go along with the plan, until Jack's threat of violence convinces her otherwise. Harried and annoyed, Vincent, Jack's flamboyant art dealer, arrives. Will Jack carry out his plan of murder? Will Annie help him? Or is something else going on?

ART OF MURDER will feature the following cast:

ART OF MURDER will feature the following production team: 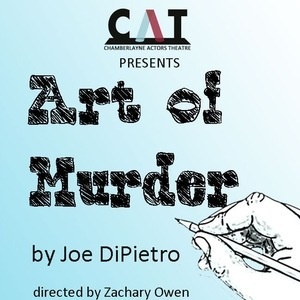