Edward Hopper and the American Hotel

The Virginia Museum of Fine Arts presents the premiere of Edward Hopper and the American Hotel, the first in-depth study of hospitality settings depicted in the works of one of the most celebrated American artists. Edward Hopper (1882–1967) found artistic value and cultural significance in the most commonplace sites and settings. Hopper’s spare depictions of familiar public and private spaces are often understood within the contexts of isolation, loneliness, and ennui of early and mid-20th-century America. As this exhibition shows, however, Hopper’s immersion in the world of hotels, motels, hospitality services, and mobility in general presents a new framework for understanding the artist’s work. 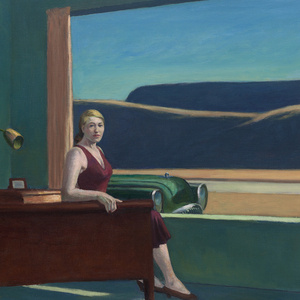