A seamless pairing of March of the Falsettos and Falsettoland, acclaimed Off Broadway musicals written nearly a decade apart, Falsettos is the tale of Marvin, who leaves his wife and young son to live with another man. His ex-wife marries his psychiatrist, and Marvin ends up alone. Two years later, Marvin is reunited with his lover on the eve of his son’s bar mitzvah, just as AIDS is beginning its insidious spread. 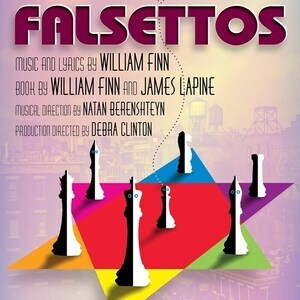