Fires in the Mirror

The full title of Anna Deavere Smith’s play is FIRES IN THE MIRROR: CROWN HEIGHTS, BROOKLYN AND OTHER IDENTITIES. She wrote the play after the Crown Heights neighborhood erupted in three days of violent race riots in August, 1991. The riots were incited by the death of Gavin Cato, a seven year old Black boy who was the son of Guyanese immigrants. He was playing on the sidewalk near his apartment and was killed when one of the cars in Rebbe Menachem Schneerson’s motorcade jumped the curb. Schneerson was the spiritual leader of the Orthodox Jewish community. The violence quickly escalated and later that evening Yankel Rosenbaum, an Orthodox Jewish rabbinical student who was visiting from Australia, was murdered by a group of Black youths in retaliation for Cato's death. TIME Magazine was among the many news outlets that reported that the Crown Heights riots were “the worst episode of racial violence in New York City since 1968, after the death of Martin Luther King.”

FIRES IN THE MIRROR is constructed from twenty-six monologues that are verbatim interviews that Smith conducted with a range of subjects including Gavin Cato's father, Yankel Rosenbaum's brother, Reverend Al Sharpton, and Aaron S. Bernstein (a physicist at M.I.T.). Smith performed all the roles in her one-person show when it premiered at The Public Theater (NYC) in 1992. Smith wrote, “My sense is that American character lives not in one place or the other, but in the gaps between the places, and in our struggle to be together in our differences.”

Firehouse will continue its practice of contactless theatre, with severely limited seating capacity of a maximum of 10 audience members at each performance, as well as other safety protocols, and select live-streamed performances.

tickets for live performance at https://tix.firehousetheatre.org/e/fires-in-the-mirror/ 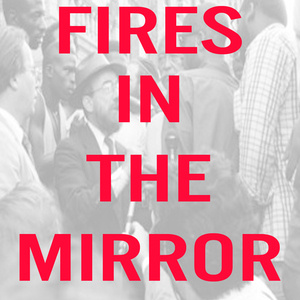