Founding Frenemies: Hamilton and The Virginians

The “ten-dollar Founding Father” will take over the Virginia Museum of History & Culture to coincide with the Virginia tour of Lin-Manuel Miranda’s award-winning HAMILTON. Throughout the museum, guests can discover rare artifacts related to themes from HAMILTON and experience an interactive exhibition that explores Alexander Hamilton’s relationships with the founding generation of Virginians. Objects on display illustrate Alexander Hamilton’s service as General George Washington’s right-hand man, his leadership at the Battle of Yorktown, his partnership with James Madison in writing the Federalist Papers, his impact as Secretary of the Treasury, and his infamous battles with Thomas Jefferson.

This experience will satisfy new and longtime fans of the musical and reveals the critical role Virginia, and Virginians, played in shaping the Alexander Hamilton story.

Please note that a traveling graphic panel version of the exhibition will be on display at the Slover Library in Norfolk, Virginia from Wednesday, December 4, 2019, through Monday, January 12, 2020 to coincide with the Norfolk run of HAMILTON.

The VMHC’s Alexander Hamilton programming and exhibitions are presented by TowneBank. Additional generous support was provided by the Virginia Tourism Corporation and Richmond Region Tourism. 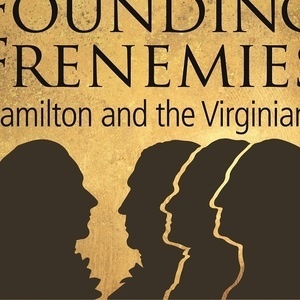