What do you know about Black History, or what do you think you know? ​The Civil Rights Movement didn't start with Black Lives Matter, the March on Washington, or the Civil War.

Set in the summer of 1800, GABRIEL tells the story of the biggest planned slave revolution in Virginia history. The rebellion would have overthrown the entire state government and bring freedom to thousands. Based on the true and little known Richmond story, this world premiere musical portrays the state-wide insurrection led by Gabriel, a literate blacksmith enslaved on Thomas Prosser's tobacco plantation in Henrico. Never heard of him? Then come find out why his story has been lost, buried, and forgotten.​

​"EVERY DAY BRINGS ME CLOSER

TO WHAT I WANT AND WHERE I’LL BE. 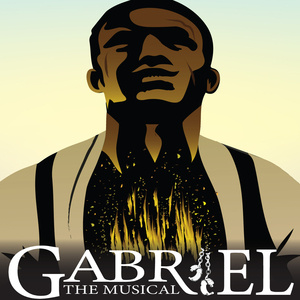