Great Force is an exhibition that uses painting, sculpture, photography, video, and performance to examine the reality of race in the United States. It will feature new commissions and recent work by an intergenerational group of 21 established and emerging artists, including Pope.L, Sable Elyse Smith, Charlotte Lagarde, and Tomashi Jackson.

Borrowing its title from a quote by novelist and social critic James Baldwin, “The great force of history comes from the fact that we carry it within us, are unconsciously controlled by it in many ways, and history is literally present in all that we do,” Great Force will explore how contemporary artists contend with persistent black-white racial bias and inequality in the U.S.

For the duration of Great Force, the ICA will convene community discussions about race, representations of the oppressed and the empowered, and how art can become a tool in pursuit of visibility.

The exhibition is curated by ICA Assistant Curator Amber Esseiva, an alumna of VCUarts. Great Force will be on view at the ICA at VCU from October 2019 through January 2020.

Great Force will showcase a variety of artistic mediums that ask audiences to consider how artists are choosing to appear in, engage with, and withdraw from racialized representations that dominate discourse in America. Emphasizing the perspectives of artists of color, the exhibition will feature new and recent work from a prolific group of artists that includes Carrie Mae Weems, Glenn Ligon, Tony Cokes, and Paul Stephen Benjamin, as well as a group of emerging artists, many of whom will have their museum debut as part of this exhibition.

Seminal works like Pope.L’s The Great White Way, 22 Miles, 5 Years, 1 Street (Segment #1: December 29, 2001), 2001-06 which documents the artist’s nine year effort to crawl the length of New York City’s Broadway while wearing a capeless Superman costume representing a Black man’s struggle to pursue the American dream, will be on view alongside new work commissioned by the ICA. These projects include:

Great Force will present performances and site-responsive commissions that engage Richmond residents and activate urban historical sites, such as Alexandra Bell’s (b. 1983) Counternarratives, a site-specific work that explores how racist narratives are perpetuated through language and news media. Counternarratives will be installed on several buildings around Richmond. Additionally, filmmaker and visual artist Charlotte Lagarde (b. 1968) will invite the Richmond community to participate in her collaborative city-wide project Colonial White, which asks participants to photograph a white paint chip in a place, with an object, or in a situation that embodies whiteness to them.

A robust program of artist performances and public events related to Great Force will bring together thought leaders from the Richmond community and beyond. Claudia Rankine (b. 1963) will present her Racial Imaginary Institute, staged within the ICA’s Learning Lab. An interdisciplinary cultural laboratory that addresses race as an invented concept and explores its role in our daily lives, the Institute will host free public reading groups and discussions responding to the exhibition’s themes. ICA Assistant Curator of Film and founder of the Afrikana Independent Film Festival Enjoli Moon will organize a cinema series to coincide with the exhibition. Additional programs and details will follow.

Great Force will be accompanied by a fully illustrated and interactive publication produced by Silas Munro and Brian Johnson, both native Virginians who run the bi-coastal studio Poly-Mode. Taking design and typographic inspiration from W.E.B. Du Bois’ migration maps and charts, the publication will include contributions by Nicholas Mirzoeff, Claudia Rankine’s Racial Imaginary Institute, and Rebecca Walker.

This project is supported in part by the National Endowment for the Arts. 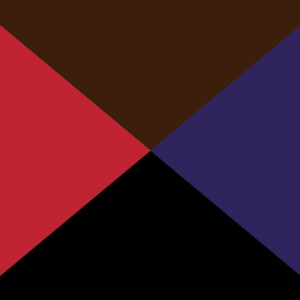