Candela Gallery is delighted to present HALLUCINATIONS, the first feature solo exhibition at Candela for Richmond, Virginia based artist, Justin James Reed. For the last three years, Reed has been forging a new body of photographic and video work on the environs of a potentially active volcano in northern California. Comprised of images that utilize a highly representational visual language, HALLUCINATIONS provides the viewer the possibility of seeing something other than what is being shown. Through a haze of lush landscapes and sounds, Reed highlights the potential of lens-based imagery to become more focused on sharing, rather than showing.

Despite the innate propensity, Reed’s work has never been about indexing something with a camera. It is much more reflective of his interest in the potential to perceive things better that are not necessarily visual. David Abram’s seminal book ‘The Spell of the Sensuous,’ which explores intersections between deep ecology and phenomenology, has become a primary influence for Reed’s current work. One of the central concepts Abram’s addresses is “the malleable texture of perception.” Reed’s lens-based media expresses his experiential nature and brings into focus his underlying objective: demonstrating where representational qualities of photography and video meet the edges of perception, and are transformed into psychic experience. 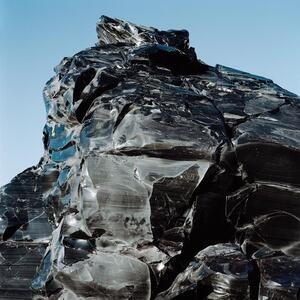