HAMILTON is the story of America’s Founding Father Alexander Hamilton, an immigrant from the West Indies who became George Washington’s right-hand man during the Revolutionary War and was the new nation’s first Treasury Secretary. Featuring a score that blends hip-hop, jazz, blues, rap, R&B, and Broadway, HAMILTON is the story of America then, as told by America now.

Appropriate for ages 10+. The show contains some strong language and non-graphic adult situations. All persons regardless of age are required to have a ticket.

TICKETS: $75 - $199 plus applicable fees. Pricing and sections subject to change. Tickets on sale Friday, September 27 at 8AM in person at the Altria Theater box office and at 10AM online at Hamilton.etix.com. Etix.com is the ONLY authorized ticketing partner for Hamilton and Broadway In Richmond.

$75 - $199 plus applicable fees. Pricing and sections subject to change. 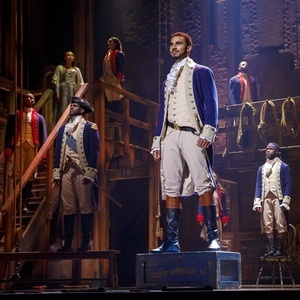