The distinguished life of John Marshall, the nation’s fourth chief justice of the Supreme Court, parallels the unfolding of the American experiment in self-government. Coming of age with the new nation, Marshall fought for independence, then served in all three branches of the federal government. It was during his 34 years as chief justice, however, that Marshall made his most visible and lasting contributions to the nation. Marshall developed the court into what it is today—a co-equal branch of the federal government with powers to check and balance those of the executive and legislative divisions.

With characteristic grace and humility, Marshall shunned recognition. He was a hidden hero who helped preserve the fragile union from its origin under George Washington to the presidency of Abraham Lincoln. This exhibition brings to life the forgotten story of one of Virginia’s greatest Founding Fathers.

John Marshall: Hidden Hero of National Union is co-sponsored by the Virginia Museum of History & Culture, Preservation Virginia, and the John Marshall Foundation. 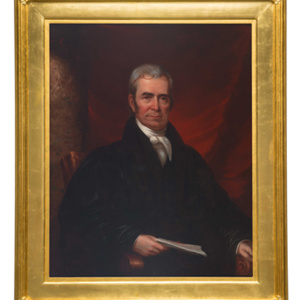