“(He wears) a gilded robe as the modern messiah of 'Terminator jazz.'" – DownBeat

Iconic GRAMMYⓇ Award-winning guitarist John Scofield teams up with pianist Gerald Clayton, bassist Vicente Archer, and drummer Bill Stewart in Combo 66, a new band that builds upon Scofield’s long legacy of masterful improvisation and stylistic diversity. Since the late 1970s, Scofield has been a major influence on jazz, continuously finding new and exciting avenues to reinvent himself as an artist. In recent years, Scofield won two consecutive Best Jazz Album GRAMMYⓇ Awards for Past Present and Country For Old Men, for which he also won the GRAMMYⓇ Award for Best Instrumental solo, and has received resounding critical acclaim for his 2017 release Hudson. Now, joined by three formidable artists in their own right, Scofield’s new band showcases an intricate interpretation of jazz’s limitless direction.

Arrive early for a pre-performance discussion with John Scofield and members of the band, led by WCVE Music Jazz host Peter Solomon at 6:30 PM.

Sponsored in part by the Mid-Atlantic Arts Foundation Jazz Touring Network, which is made possible through the generous support of the National Endowment for the Arts’ Regional Touring Program. 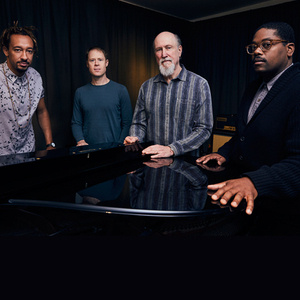