George Washington Parke Custis was raised at Mount Vernon by George and Martha Washington. Young “Wash” appears in Edward Savage's 1789 painting of the first presidential family, his small hand placed symbolically on a globe. He would later mark the national landscape by building Arlington House on the Potomac. A poor student, he emerged as an agricultural reformer and sought-after Federalist orator. He championed the plights of Irish Americans and war veterans. An important memoirist who knew the first fifteen presidents, he wrote well-received theatrical works and produced paintings rich in historical detail. In inheriting much of the vast Custis fortune, he also became the enslaver of more than 200 persons. The slow march toward their emancipation became a pivotal struggle of his life, particularly after his daughter's 1831 marriage to Robert E. Lee. Charles S. Clark’s first full-length biography of Custis offers a twenty-first-century reappraisal of a unique life that bridged the American Revolution and the Civil War. Along with his talk, Clark will present portraits, documents, and photographs, including relevant images not in the book.

Charles S. Clark, a retired journalist. A native of Arlington, Virginia, he continues to write the weekly “Our Man in Arlington” column for the Falls Church News-Press. In July 2019, he retired as senior correspondent for Government Executive Media Group, part of Atlantic Media. He previously has worked as an editor or writer for The Washington Post, Congressional Quarterly, National Journal, and Time-Life Books. He is the author of several books, including Arlington County Chronicles; Hidden History of Arlington County; Lost Arlington County; and, most recently, George Washington Parke Custis: A Rarefied Life in America's First Family.

The content and opinions expressed in these presentations are solely those of the speaker and not necessarily of the Virginia Museum of History & Culture.

Group & Artist
Virginia Museum of History & Culture
Is this a digital event? 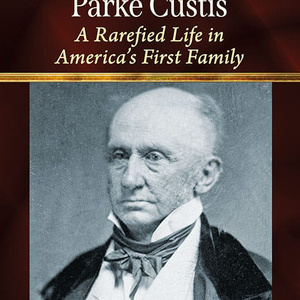