LOMBARDI is a play about obsession, perfection, and winning -- which were the defining characteristics of famed Green Bay Packers coach Vince Lombardi.

Considered by many to be the greatest coach in the history of the game, Lombardi's impact on football and our culture is memorialized in many ways. The Super Bowl Trophy itself was named in his honor. His love of the game and single-minded pursuit of excellence generated loyalty and fear among those in his orbit including his players, his wife and family, and his psyche -- in that order.

​This compelling play reveals the inner-workings of Lombardi, told in a highly theatrical and engaging way. Share Lombardi's thrill of victory and agony of defeat, and examine the costs of living your life around the belief that "winning isn't everything, it's the only thing." 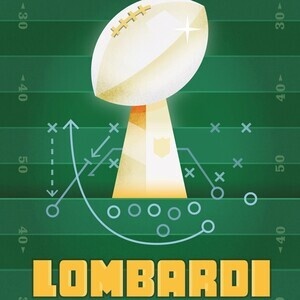