A hilarious musical parody of the character from the 1939 classic The Wizard of Oz. Blurring the line between fiction and reality, the show builds on the premise that Almira Gulch was an actress—rather than a character portrayed by an actress—who appeared in The Wizard of Oz (as herself), and who has existence beyond that film, most notably as a second-tier nightclub performer. Local favorite Robert Throckmorton returns to the role, after performing two sold-out runs at RTP a decade ago, and also an RTP-sponsored stint at the National Gay and Lesbian Theater Festival. 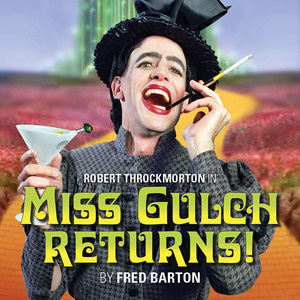