As a country arms itself for war, a family tears itself apart. Forced to avenge his father’s death but paralyzed by the task ahead, Hamlet rages against the impossibility of his predicament, threatening both his sanity and the security of the state.

About National Theatre Live
NT Live broadcasts live from the National Theatre in Great Britain, and on occasion, other theatres in the U.K, to theatres and cinemas throughout the world. Though each broadcast is filmed in front of a live audience, cameras are carefully positioned throughout the auditorium to create a truly immersive experience for each production. In addition, NT Live generates behind-the-scenes bonus features including interviews with the cast and creative teams. 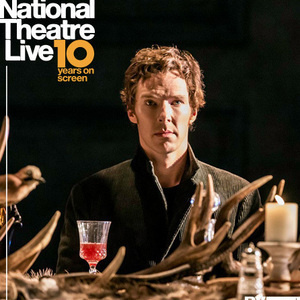