PALLADIO IN SOUTHERN ENGLAND AND THE AMERICAN CONNECTION

Architectural Historian Calder Loth recently toured southern England with The Center for Palladian Studies, exploring a dozen major 18th and 19th -century landmarks inspired by Andrea Palladio’s buildings and his 1570 treatise I Quattro Libri dell’Architettura. This masterwork greatly influenced the character of English classicism as royalty, nobility and gentry built grand buildings to signal their prominence and display their wealth. Additionally, Mr. Loth will compare these buildings with American and specifically Virginia architectural works also influenced by Palladio’s Four Books. Mr. Loth’s dazzling photographs, and his insights into the ancient sources of architectural forms and details, will provide special insights into Anglo-Palladian movement, from London landmarks to sprawling rural estates with landscapes sprinkled small temples, follies, and obelisks. This is a unique, don’t-miss opportunity! Light refreshments will be available at 6:00, with the program beginning at 6:30. 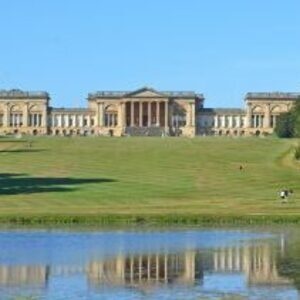