Pocahontas: Her Life, Legend and Legacy

Few figures from the American past are better known than the young Powhatan woman who has come down to us as “Pocahontas.” Her fame began in her own lifetime and has endured for more than 400 years.

Pocahontas: Her Life, Legend, and Legacy is a half-day symposium at the Virginia Museum of History & Culture intended to tell the story of Pocahontas from the English and Native American perspectives. Distinguished national and international speakers will lead discussions on what Pocahontas has come to represent as a cross-cultural ambassador, the role of religion and faith in her story, and the myths and realities that surround her.

This groundbreaking program not only honors the Indian Tribes in Virginia who were responsible through peaceful treaties and collaboration with the early settlers to establish the foundation of our country, but it also acknowledges the heritage and identity of indigenous peoples who have often been overlooked in history. The symposium is cosponsored by the Virginia Museum of History & Culture and the 2019 Commemoration, America Evolution. 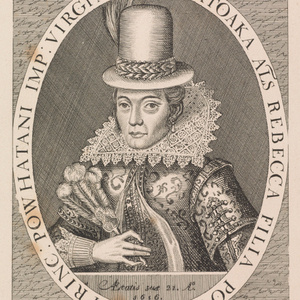