Making its North American debut at the Science Museum of Virginia, Pompeii: The Immortal City plunges guests into the heart of the drama and the ruins of the ancient city.

The volcanic eruption that destroyed Pompeii was a catastrophe for its inhabitants. It petrified their lives, but also petrified Pompeii’s living environment, which guests will discover in the exhibition: the fauna and flora in and around the city, agricultural production, building techniques, mastery of water resources, measurements of time and distances, etc.

Models of machines and 3D reconstructions accompany the guest in a journey across time and space. Over 100 archaeological items originating from Pompeii, including a large number being exhibited for the first time, demonstrate the knowledge the Romans had about nature as well as their scientific and technical know-how at the moment when Vesuvius erupted in 79 A.D.

Spectacular immersive moments allow guests to experience the destruction of the city and to identify with the inhabitants of that time, immobilized by the volcano’s ashes.

The exhibition was conceived by the Galileo Museum of Florence and the National Archaeological Museum of Naples in collaboration with Tempora and Civita Mostre.

Pompeii: The Immortal City opens June 8, 2019, and remains at the Museum until September 3, 2019. An extra ticket is required for exhibition admission. More details will be available closer to the exhibition opening date. 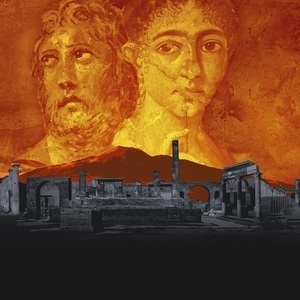