RADIO B on Shockoe Sessions Live!

A weekly concert showcasing Richmond’s GOLDMINE of music talent! In person and livestream, presented by Shockoe Records and In Your Ear Studios.

Radio B is a Southside, Richmond veteran HipHop artist, who has spent close to 20 years performing up and down the east coast, and helping to build the Richmond Hiphop culture in the city. Radio is responsible for creating platforms for artists such as RVA Rap Elite, Southpaw Battle Coalition, and Radio B & Friends, as well as AGM's Flag On The Moon annual concert series. Radio has released a substantial and lengthy catalog of music. His most recent album release being “Stop Looking For Noise” which is available on all digital platforms. He’s been featured in The Source, Revolt, BET Jams, Okay Player and other national publications. He is also the subject of a mural on Broad St. that features himself surrounded by the many names of slain victims of police brutality.

He is also the clothing designer responsible for Richmond’s Own Clothing, Mama Jo’s Collection and the Kill The Dreamer brand. Radio has established himself as a significant leader in the culture, and continues to push his peers and upcoming artists to raise the quality bar in their writing, music composition, live events, and performances. Radio's music is content heavy, introspective and lyric driven. He continues to be an ambassador for the city and the community through music, fashion and outreach. 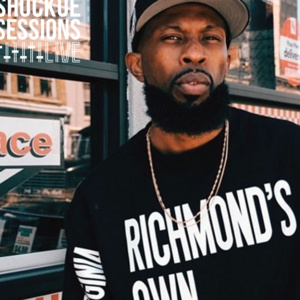