David Miller knows only eighteen percent of African American fourth-graders read proficiently. Likewise, he's aware that it's increasingly difficult to find quality children's books by authors of color. These staggering statistics, Miller says, underscore the need for getting Black students excited about reading early and often. He suggests that "improving the outcomes for children of color can begin with something as simple as finding ways to engage them in the power of reading books that interest them.” In Representation Matters: The Power of Black Children's Books, David Miller will discuss the lack of representation of children of color in books and why that is important.

David Miller has written a number of children's books, including Gabe & His Green Thumb, about a boy who discovers the power of growing food, Chef Toussaint, Khalil's Way, and Brooklyn's Finest: The Greene Family Farm, which features a family that realizes they live in a food desert and open an organic farm in a vacant lot across the street from their apartment building. A former teacher in Baltimore City Public Schools, Miller is widely known for designing “Dare to Be King: What if the Prince Lives?” a survival workbook for African-American males featuring a 52- week curriculum designed to teach adolescent males how to survive and thrive in toxic environments.

The Get Lit! theme for 2021 is "Black History" and features many of the local authors, such as David Miller, who helped to build the original Black Male Emergent Readers (BMER) Literacy Program. Now featuring Lit Chicks Read authors as well as BMER authors, this event promises to be a highlight of the month's programming which will continue throughout the year! 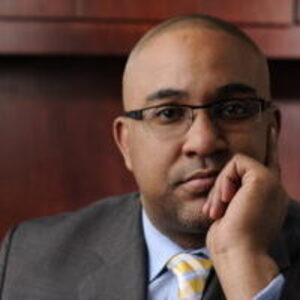