Science Pub RVA | Why We Vote and Why Polls Perplex

Do you vote in elections? Do you trust polls? Would you like to better understand 2020 political polls?

Join other curious minds to hear about and discuss these questions with Dr. Ernest McGowen, Assistant Professor of Political Science at the University of Richmond.

He'll discuss some of the unexpected research regarding the motivations surrounding our voting behavior and give us a crash course on political polling so we can be clear-eyed consumers of survey data.

VPM Science Matters presents Science Pub RVA, an environment where you can discuss ideas over a sip of some sort with experts and neighbors.

In the second program of the season, Science Pub RVA continues a series of conversations exploring human behavior.

About the Event
This free event is for adults 18 and up.  Doors open at 5:30 p.m. Program begins at 6:30 p.m.  Food and drink are available for purchase. Seating is on a first come, first served basis.

Dr. Ernest McGowen, III, is an associate professor of political science at the University of Richmond. His specializations include political behavior, campaigns and elections, and race and ethnicity. His most recent work explores the question of historic class divergence in the African American community. Dr. McGowen is the author of African Americans in White Suburbia: Social Networks and Political Behavior focusing on the unique role of suburban residence on African American racial opinion. He has also published in numerous academic journals including Public Opinion Quarterly and Presidential Studies Quarterly, and Politics, Groups, and Identities. McGowen earned his Ph.D. in political science with concentrations in American Government and Political Methodology.  He’s @ErnestMcGowen on Twitter. 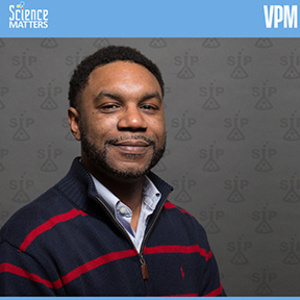