Ever seen someone mumbling or lost deep in thought or in distress who looked familiar? Maybe they reminded you of a friend or relative -- or maybe they looked like you. Did you keep on walking and think "there but for the grace of God go I"? SONGS FROM BEDLAM gives voice to the secrets and private thoughts of those unknown yet familiar someones.

Firehouse presents Richmond playwright Douglas Jones' SONGS FROM BEDLAM in a new production directed by Todd LaBelle. It was originally produced in 2003 by Barksdale Theatre (VA Rep), directed by David Bridgewater, with music composed by Kelly Kennedy, and featuring performers Matthew Costello, Kady Fleckenstein, Jackie Jones, and Robert Throckmorton. For this Firehouse production, playwright Jones and director LaBelle have created a revised version of the script with a new creative team. 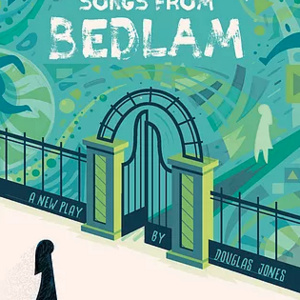