The Red Widow with Sarah Horowitz - In Person at the Store!

Historical True Crime will be the center of this chat between Sarah and Jennifer Sessions, hosted by Andi.

The Red Widow is the true story of Marguerite (“Meg”) Steinheil, a real-life femme fatale who left a trail of death and destruction in her wake. It’s a tale of sex, ambition, deception, and murder — and of an unforgettable woman who got ahead by breaking all the rules.

In 1890, Meg Steinheil was living in Paris, married to a mediocre artist with little ambition. Determined to enter high society, she launches into a series of lucrative affairs with wealthy men (and maybe some women). In 1897, she lands the greatest coup of all: a relationship with Félix Faure, the French president, who is more than happy to pay her price.

Meg seems to have it all: money, power, and access. But in 1899, Faure has a fatal stroke during one of their assignations. Even as his death threatens to become a scandal and transforms French politics, she continues to forge ahead.

Nine years later, Meg dramatically re-enters the spotlight when her husband and mother are found murdered in their home. Meg is the sole survivor and witness to the attack. Although she tells a series of outlandish and shifting lies about what she saw, the authorities, though, go along with her story … at least for a while.

Sarah Horowitz is a Professor of History at W&L University, where she is also the head of the Women's, Gender, and Sexuality Studies program. She is the author of The Red Widow: The Scandal that Shook Paris and the Woman Behind it All (Sourcebooks, September 2022) and Friendship and Politics in Post-Revolutionary France (Penn State, 2013). Her work has appeared in The Washington Post as well as Nursing Clio.

She has a BA from Wellesley College and a PhD in modern European history from the University of California, Berkeley.

She lives in Virginia with her wife and their wildly over-confident puppy. In her spare time, she enjoys project baking, reading, and catching up on the latest scammer documentaries.

Jennifer Sessions is an associate professor of history and an affiliated faculty member in French at UVA, where her research and teaching focus on politics, culture, and colonial empire in modern France and modern Europe. She is the author of By Sword and Plow: France and the Conquest of Algeria (Cornell, 2011), an award-winning history of the origins of French colonialism in Algeria. She is now studying a 1901 Algerian uprising against French rule and the monster trial of over a hundred accused insurgents that followed 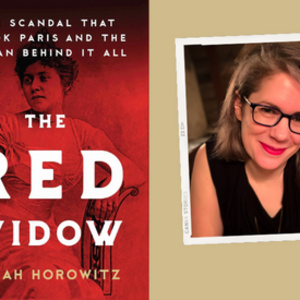