The War of the Worlds: A Firehouse Radio Players Production

The Firehouse Radio Players are back and we are excited to once again present the infamous radio drama The War of The Worlds*! The legendary show staged in 1938 by Orson Welles and The Mercury Theater On The Air will be performed live onstage on the 81st anniversary of the original broadcast at Firehouse Theatre! Join our cast of voice actors and sound effects artists as they recreate one of the most famous radio plays of all time - just in time for Halloween!

*Written by Howard E. Koch, The War of the Worlds is produced by special arrangement with Playscripts, Inc. 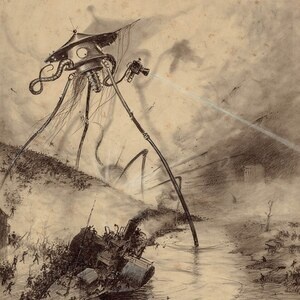