Tom Euler is an award-winning singer/songwriter and accomplished guitarist, whose powerful and thoughtful playing style has quickly led to him becoming known as “the young guy with the old soul.” The progressive-blues/rock musician from Virginia, is making a name for himself as lead guitarist for the Bobby Blackhat Band, as well as front man of the Tom Euler Band. Euler, whose progressive blues sound and high energy performances has people talking, has had the good fortune to share the stage with such great blues artists as Tas Cru, Memphis Gold, Jackie Scott, Bobby Messano, and Sherman Holmes. He counts playing the 2016 Finals of the IBC at the Orpheum Theater in Memphis as a highlight of his young blues career. More recently, Euler has enjoyed opening for Delbert McClinton, Ramsey Lewis and Patty LaBelle, as well as Thompson Square, DNCE, and Casey James. He traveled to Nashville, Tennessee to attend the Josie Music Awards in the fall of 2017, where he was named the winner of the 2017 "Multi-Genre Musician of the Year" Josie Music Award for the U.S. and Canada. Euler next received three 2018 nominations and was invited to perform at the 2018 Josie Music Awards which was held at Dollywood's Celebrity Theater in Pigeon Forge, Tennessee. The JMA's is the world's largest music awards show for independent artists. The Tom Euler Band gave a stellar performance and Euler was named the Josie Music Awards "Male Artist of the Year in Jazz/Blues/Soul" for 2018.

Euler has been fortunate to assemble the talents of veteran players Michael Behlmar (drums) and Von Jose’ Roberts (bass) to create a formative rhythm section for the Tom Euler Band. The lovely and talented Lucy Kilpatrick on keyboards adds expertise and finesse, helping the band to raise the bar for up and coming blues and blues/rock artists. The Tom Euler Band recently placed in the semi-finals of the 2018 International Blues Challenge in Memphis, Tennessee. 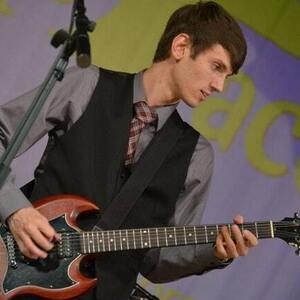