VCUarts Theatre presents Spring Awakening, an angsty rock musical adaptation about the trials
and tribulations of teenage life, based on Frank Wedekind’s 19 th century play of the same name. The department originally planned Spring Awakening as part of our 2019-2020 mainstage season, but production abruptly stopped in March 2020 when the pandemic hit, and theaters were closed worldwide. The team decided to move to a filmed version in Summer 2020, but in the interest of safety, waited to resume production until Spring 2021. Our students and faculty have thrown so much love and energy into this—almost all of the original team is still involved with the production, with the addition of a film director and full film crew. VCUarts Theatre is so proud to present this unique film - theatre hybrid of the show which streams May 5th – May 16th.

All performances are virtual on ShowTix4U.com. Spring Awakening will stream May 5th, May 6th, May 7th, and May 8th at 8:00pm. There is also a Video on Demand option which streams May 5th @ 8:00pm – May 16th at midnight.

Spring Awakening explores the heart wrenching journey from adolescence to adulthood with a poignancy and passion that is illuminating and unforgettable. Creators Steven Sater and Duncan Sheik collaborated to make a landmark musical with an electrifying fusion of morality, sexuality and rock and roll. The original Broadway production of Spring Awakening was winner of eight Tony Awards, including Best Musical. Spring Awakening follows a group of late nineteenth century German students as they navigate teenage self-discovery in an ultra-conservative, sexually repressed world. This pop rock musical uses song to express the character’s inner landscape—a turmoil of anguish, desire and yearning. The stark contrast of the 19th century setting with the modern soundtrack creates a powerful celebration of youth and rebellion in the daring & remarkable Spring Awakening. 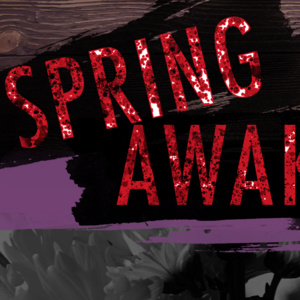