She Kills Monsters: Virtual Realms follows Agnes Evans, a high schooler in Ohio who thinks of herself as the world’s most average teenager—until her little sister Tilly suddenly dies. Agnes finds Tilly’s Dungeons and Dragons notebook and decides to play the campaign her sister created. Agnes is drawn into her sister’s personal fantasy, a place where Tilly sought refuge and where Agnes learns more about her sister than she could have in real teenage life.

Playwright Qui Nguyen approaches the relationship and loss between these two sisters with a light, comedic voice that leaves you mostly laughing, but sometimes in tears. In this drama-comedy filled with D&D monsters and high school friends and bullies, Nguyen pays homage to the warrior and geek in us all.

Dedicated to the loving memory of LA Phipps.

All performances are virtual. If you purchase tickets, we will email you a streaming link and access code on the day of the event. 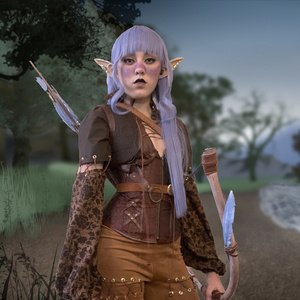