Remember the Ladies! Women played many roles in the American Revolution: women of means provisioned the armies of both sides while many poorer women followed the troops; cooking, doing laundry or nursing the ill and injured. But there were some women who went beyond societal restrictions. In this program, storyteller and musician Denise Bennett will tell some of their stories including Richmond’s Anna Maria Lane who followed her husband into war and fought beside him disguised as a man; Lydia Darraugh, written off by the British as a “poor little old lady” who was actually a spy; Mammy Kate, an enslaved woman who saved a Continental officer from execution by smuggling him out of prison in a laundry basket! Songs from the period accompany the stories.

Denise Bennett is a storyteller and musician living in Richmond, VA. In 2018, she won second place in the National Storytelling Festival Slam for her true story about the night a young shooting victim took
refuge in her home. Denise also won the “Mountain Mack Virginia Liar’s contest” for her original tall tale, “How My Harp Saved My Life”. She tells folktales, historical stories and sacred stories in
retirement communities, schools, libraries, churches and festivals.
Doors open at 1:45 PM, show begins at 2:00 PM. 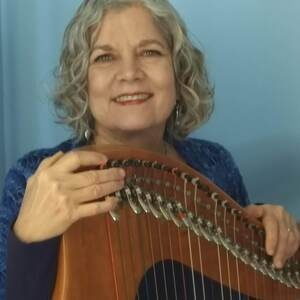