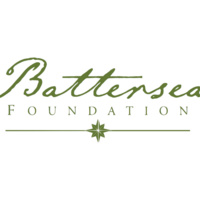 Battersea is a substantial stuccoed brick house located north of Upper Appomattox Street in the city of Petersburg, near the south bank of the Appomattox River. Even though the 37+ acre property is bordered by a 19th-century neighborhood and a light industrial area, it still retains its historic rural character. The house was built in 1768 by Colonel John Banister, the first Mayor of Petersburg and a signer of the Articles of Confederation. Battersea was designed and built as a symmetrical five-part Anglo-Palladian house featuring a two-story central block, one-story wings that act as hyphens, and one-and-a-half story end pavilions. One-story columned porticos mark the entrances on the front, back, and sides of the house. The plan of the interior reflects the five-part massing of the exterior, presenting a symmetrical single-pile plan with rooms extending to either side of the central block. The designer of the house is unknown.

Stories of An Abandoned Virginia